The Right Frame of Mind

In every business venture there are times when new opportunities come along and important decisions need to be made.

For Bipin Anand and his film and video production company, ImageNova, one of those crucial turning points came when applying for a business loan from The Sir Thomas White Loan Charity.

This application was subsequently approved and led to fast-tracked progress, thanks in part to new equipment becoming affordable through the Charity’s funding, while helping to open new doors and expand possibilities within the industry.

Looking back to where it all began, it’s clear that storytelling has always been a passion for Bipin. He attended school and college in Leicester, completed a media and technology degree in Manchester and then took on his first full-time role making documentaries for a company in the equestrian industry.

“Here, I learnt the craft of storytelling, doing interviews and planning out content,” Bipin began.

“After that, I became determined that I wanted to go away and do it myself.”

With valuable learning experiences behind him, Bipin took the plunge into owning a business for the very first time in 2009. 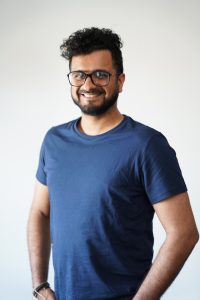 “I left that role and started my own festivals and events company,” he continued.

“I spent a couple of years growing it, without certain pressures, but still – it was one of the hardest things I’ve ever done. We had two companies at that time. I left the festivals and events company, which my brother carried on with, and I continued with the other company.

“Then, taking everything we had learned, along with the assets we had, we (Bipin and his business partner) started a fresh with a new company. That’s when ImageNova was formed.”

After a couple of years, with Image Nova making steady progress in the film and video production industry, Bipin became aware of The Sir Thomas White Loan Charity; and, specifically, the business loans that are available interest free for nine years.

With this discovery came an important decision to make.

“I became aware of the loan and at the time, it was a big commitment for us,” Bipin explained.

“The idea of getting a loan out felt like a massive step, but we were at a crossroad. We were producing good stories and people really liked the work, but we were using cheap cameras. We needed new equipment and didn’t have the cash flow to do it, so after considering everything carefully, we decided to go for it and apply for the loan.”

The Sir Thomas White Loan Charity is known for having a hugely positive impact on individuals in the education and business space through financial support, but Bipin was also quick to recognise the guidance and advice that the Charity is more than happy to offer throughout the application process.

“The process is there to assess and help,” he reflected.

“The charity and board assess the plan and scrutinise you during the process, which may sound dauting, but that’s the way it needs to be. The Charity wants to help and give money to people who really need it.

“You have to know your business well and the finances. You’re speaking to experiences business professionals, so if you’re unsure about something, they are helpful, because they want to give you the money. They give tips and advice along the way. It’s not a Dragon’s Den process, where you either get money or you don’t, it’s so much more helpful than that.”

After being successful with the business loan application, ImageNova was able to purchase new cameras, lenses and a new computer, meaning that state-of-the-art equipment was now available to help produce cinematic-level content.

“This is what we always wanted to do,” Bipin added, when discussing the impact of the new equipment.

“Before, we were making short films and adverts at the standard you’d see on TV, but we were pushing the limits. The gear we bought enabled us to do all of this with less effort, making things easier, while also enhancing everything. It helped us to convince new clients to work with us and make new adverts.

“Fast-forward to 2019, that’s when we got the top-up loan (through The Sir Thomas White Loan Charity). It laid foundations for us. We probably would have made progress without the loan, but it would have taken us so much longer and been a lot more difficult. The loan fast-tracked things for us.”

Having experienced the benefits available through the Charity’s interest-free business loans, Bipin speaks in glowing terms about the financial support and recommends to others, as long as they are certain that the business is the correct venture for them, at the right time.

“I would definitely recommend the Charity, but the crucial thing is people need to really think about whether this is the life they want to commit to (owning their own business),” he continued.

“For some people, they have a dream to own their own business, but you can’t go on that alone. You have to really consider what would happen if things didn’t work out. If you’re 100 per cent sure it’s what you want to do then yes, I’d fully recommend the loan. It can open doors and make things easier. There isn’t pressure and being interest free, that’s a big bonus. It’s the easiest loan that you’ll ever repay!”

So, having progressed at a faster pace with The Sir Thomas White Loan Charity’s backing, what’s next for ImageNova? 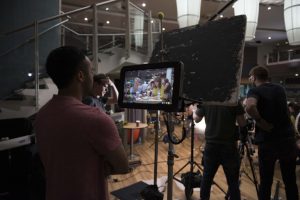 “We pride ourselves on the fact we’ve set up a strong, commercial company,” Bipin continued.

“We provide videos for clients in the film industry, such as Sony and Panavision. It’s something that we continue to grow, as we always wanted to tell stories. In the long term, we’d like to make drama film for television. We’ve been pitching to television companies and been successful with the BBC and Channel 4. In the next two to three years, I can confidently say that people will be able to watch a TV show on British terrestrial television that we produced.”

To find out more about The Sir Thomas White Loan Charity’s interest-free business loans, which are available up to the value of £20,000, interest free for nine years, please click here