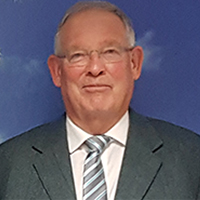 David was a former borrower from the charity, back in the 1970s, and was appointed a Trustee in 2009, having previously worked as a partner in the Leicester office of KPMG chartered accountants.

His role was to advise on the affairs of Owner Managed businesses, which ranged in size from small sole traders below the VAT threshold to larger companies turning over up to £25million. He retired from KPMG in 2001 and ran his own advisory consultancy until 2014.

His initial responsibility as a new Trustee was to arrange visits to individuals to observe the progress of the activities of the charity’s borrowers. In his role as Chair he is responsible for organising the quarterly board meetings, production of the annual accounts and the promotion of the charity throughout Leicester, Leicestershire and Rutland. He regularly sits on the interview panels for prospective borrowers.

“It is of great interest to be involved in the development of young businesses in the city,” says David.

“Several of the traditional industries that were operating in my youth have gone (boot and shoe, and many textile operations) and are being replaced by technology, life sciences and space related activities.

“As a Trustee at STWLC, I can be a part of the changing face of the city I grew up in and help Leicester remain a great place to do business.” 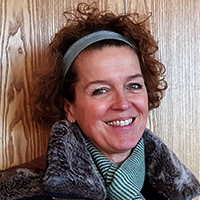 Anne became a trustee in September 2015.

Having worked in women’s magazine publishing in the 1990s and later in independent schools as a Marketing Manager, Anne supports the work that the Sir Thomas White Loan Charity does to promote itself. Anne is also part of a small group of trustees who liaise with independent schools in Leicestershire and Rutland to support the STW Scholarship Programme. This initiative gives bright children from lower income families the opportunity to be educated in some of the best schools in the county. A number of children across varied schools have experienced an enriched sixth form education and gone on to enjoy success at university and beyond.

“I can honestly say that the interview process is the best bit for trustees – we love it,” says Anne. “It’s a privilege to meet such bright young people on the brink of life, who are filled with ambition and hope. Of course, we make interviews as relaxed as possible, and understand the nerves felt by pupils.” 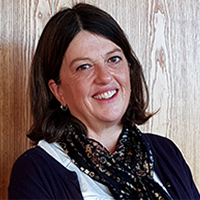 Lucy was appointed a trustee of the charity in 2013.

She worked in employee development for the retail group Liberty, and for a financial management consultancy in London before moving back to Leicestershire. Since then Lucy has worked in primary education, and was a primary school governor for a number of years, and is now a public school trustee.

“We can provide opportunities for young people to develop and thrive in ways they may never had though possible,” said Lucy.

“Seeing our successful candidates blossom from the initial interview, through to being about to head off to university, is personally a great thrill.” 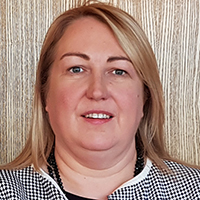 Director of a HR consultancy called Cleminson & Cleminson Consulting, Sue has worked in HR ever since she left university. Individually, Sue had worked for a number of large PLCs, but seven years ago started her own business. Cleminson & Cleminson now have clients all over the United Kingdom and a lot of their clients are international.

“I’m looking forward to working with the other trustees to make the charity as visible as possible, because I think that it’s a brilliant opportunity for people,” said Sue. 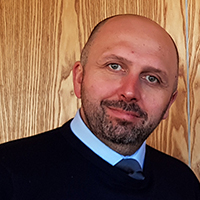 Solicitor Greg was named a Trustee of The Sir Thomas White Loan Charity in November 2019.

Greg studied Law at the University of Leicester. Having completed his qualifications, he joined a law firm in 1992 and qualified there in 1994. In 2000, Greg set up his own business, which was a partnership, and that has evolved into the business that he’s involved with now (Hollingsworths). Greg has been practicing in the city now for 25 years.

“I think that going out and visiting the people that have benefited will be not only interesting, but very rewarding too,” said Greg. “To be able to see the difference the charity can make to people as they’re trying to get things off the ground.” 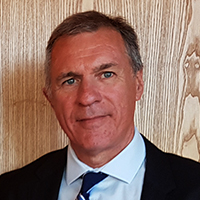 Mark became a Trustee of the charity in November 2019.

Director of engineering firm Shelton Vision, Mark originally studied textile technology and electronics. He went into the family business which, at the time, produced ancillary equipment for large knitting machine factories based in Leicester. Mark’s background is running a small business, which started out in traditional machinery to become a software company today.

Prior to becoming a Trustee, one of Mark’s sons benefitted from one of the charity’s interest-free business loans.

“I’m really looking forward to the chance to look at new businesses,” said Mark. “I think the experience I’ll bring from running a small business will hopefully be helpful to applicants and borrowers. I know what it can feel like being a cork bobbing around in a big ocean.” 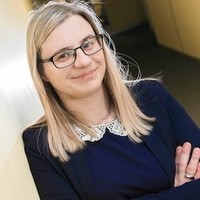 CLERK TO THE TRUSTEES

Sarah joined The Sir Thomas White Loan Charity in 2018, having worked in the charity sector for over 20 years across a number of varied roles and disciplines.

In her role as Clerk to the Trustees, Sarah is the main point of contact for The Sir Thomas White Charity and undertakes a number of duties at Friars Mill, including the processing of all applications from the initial enquiry stage through to the bond signing and payment of funds to successful applicants.

Sarah also liaises with borrowers on an on-going basis and acts as Secretary to the Board of Trustees – meaning that in addition to servicing board meetings, she is also present on interview panels with prospective borrowers.

“The best bit about my role is meeting with applicants,” says Sarah. “I also enjoy hearing from our borrowers about their successes.”