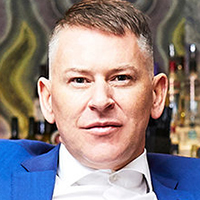 Barrie Stephen is one of the country’s most talented and prominent hairdressers, with a consistent media profile, prestigious regional business title wins, as well as hair industry award nominations and trophies. These include Leicestershire Businessman of the Year, Hair magazine’s Regional Salon of the Year, British Hairdressing Business Awards Salon Team and Retail Salon titles, and Creative Head Magazine UK’s Most Wanted Business Pro.

Barrie is the director and owner of five Barrie Stephen Hair salons across Leicestershire, based in Anstey, Ashby-de-la-Zouch, Narborough and two in Leicester city centre; King Street and Hotel Street.

Barrie started his business in 1996, utilising an interest-free loan from The Sir Thomas White Loan Charity to transform a former butcher’s shop in Anstey into a high-class boutique salon – always with the vision of creating a sophisticated and stylish set-up to rival the services found in London. In 2016, celebrating two decades in the business, Barrie launched the ‘sassy little sister’ of the brand, BStyled, on Hotel Street in Leicester.

His expertise is widely recognised and with happy clients and a multitude of award wins; if anybody has made an impact on the hairdressing industry, its Barrie Stephen.

Barrie came on board as a patron of The Sir Thomas White Loan Charity in April 2019, passionate to help the charity spread the word of its unique interest-free loans and to provide inspiration to fellow borrowers and business owners.

Manage Cookie Consent
To provide the best experiences, we use technologies like cookies to store and/or access device information. Consenting to these technologies will allow us to process data such as browsing behaviour or unique IDs on this site. Not consenting or withdrawing consent, may adversely affect certain features and functions.
Manage options Manage services Manage vendors Read more about these purposes
View preferences
{title} {title} {title}
Skip to content