Each business has a story behind it. Some are complicated, whilst some others may be pretty straightforward. However, the one thing that all business stories will have in common is that they are driven by individuals; a personal account of how drive, determination and planning overcame challenges, trials and tribulations.

Sometimes an individual can emerge from a business story more inspirational than the business itself. De Montfort University Global MBA student Jane Hearst is a perfect example.

The 24-year-old joint-winner of the university’s 2018 Pitch2Win competition, which The Sir Thomas White Loan Charity proudly sponsors, was forced to overcome personal challenges before she could even focus on creating her business idea; a business idea which in itself is deeply personal to Jane.

Jane is the CEO of The Curious Observer, whose primary service is called Glimpse. Glimpse uses film production as a way of providing individuals with a life guidance service, culminating in a shoot and shareable product. The result is a form of narrative therapy, which Jane herself admits proved to be personally beneficial.

“After I graduated [undergraduate degree], I ended up doing a project with Random Acts, which was a Channel 4 initiative,” explains Jane, who has been driven to run her own film business for many years, keen to work as a director. 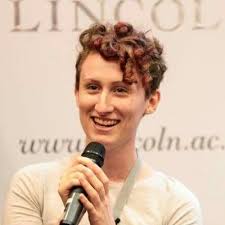 “This was based on a personal incident of sexual assault. It was one of the first, real, industry experiences. When I was making the film, I felt that my directing style actually changed. I have a background in acting as well, so when I was directing a piece, I would be sitting behind my actress (acting) crying in the background and because she knew it was a personal story for me, it made her feel real emotion. The experience [of telling this story] was so beneficial; I knew I wanted to do this for other people.

“I’d gone to counselling to look at the issue for myself, but until I could explain things to people besides me, I felt there was disconnection,” Jane continues. “There were reasons why I couldn’t accept I was naïve enough for this to happen to me, when I thought I was a really strong person at that time. The film tries to focus on that. I know so many people that have suffered with issues around mental health and they are strong people; however, they feel that to get that message out they need to take a step down and become weak. I felt that there was an opportunity to produce something that allowed people to say that they are strong, but this is the message they want to get out.”

Jane’s studies at De Montfort University have been supported by one of The Sir Thomas White Loan Charity’s interest-free education loans, which allowed Jane to purchase key equipment to aid her film production and continually develop creativity. It’s an opportunity that Jane reveals has generated a great deal of experience, whilst winning the university’s Pitch2Win will enable Glimpse to produce a first production.

“The first film will be made this summer and looks like it will focus on Culture Shock,” explains Jane. “I’ll be working with two students from the university, which will hopefully also allow me to strengthen my relationship with DMU moving forward with the project.

“When I came out of university, I had a choice going into a creative industry or working in a job that I perhaps wasn’t as passionate about, but would allow me to get my mental health back on track, as I felt it was going downhill at that point. The most useful thing for me was being in a job that allowed me to think ‘it’s fine’ when I made mistakes. I felt I almost had to go down in order to work my way back up and you can’t do that if you’re pursuing a career. After two years of doing that, I was the strongest I’ve ever been and ready to make up for that time. It has given me energy.

“It was at this time that I approached The Sir Thomas White Loan Charity,” Jane says. “I went to the charity to take out an education loan, so I could invest in film equipment. Having that equipment meant that I could be experimenting with my camera, outside of anything professional. I didn’t have to work with pressure of funding to get those film elements. A lot of the time, I’m using the camera for photography over film, but I’ve never had so much experience behind film until I had the guilt-free investment from the charity. I have nine years to pay off this interest-free loan. It means all my attention can go on this and there’s no pressure for it to have a cinema screening.” 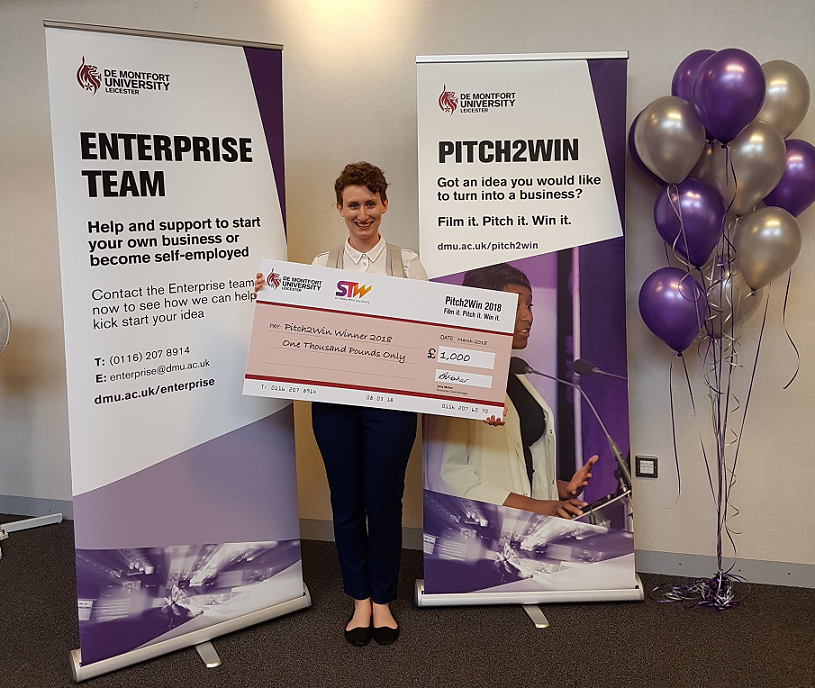 The Sir Thomas White Loan Charity is proud to have been able to play a small part in Jane’s story to date in a relationship that could potentially continue in future. As an education borrower, Jane is still eligible to become a business borrower in future; something that she earmarked from the moment she applied for financial support as a student.

“I had it in my mind that I would like to apply for a business loan from The Sir Thomas White Loan Charity, so I checked that having an education loan wouldn’t affect that,” says Jane.

“I remember at the time looking at the application form and business plan template feeling that I would never be that prepared, but after a few weeks at university I was confident I could. It was just getting a bit of guidance – and that’s why the charity is so beneficial. If you’re using the charity’s education loans to aid study in business, that course will prepare you for a lot of what you need to successfully apply for one of the charity’s business loans.

“The charity has been so supportive, letting me know that the funds are there to access. They never say ‘you’re taking too much’, they come up to me and let me know that they believe in the project, even though they see that there’s risk involved. They have seen the potential. Having external people tell you things like that is important. It gives me confidence.”