Pushing The Boundaries of Textile Design

Have you ever felt restricted in your job; unable to find fulfilment in what you’re doing despite working within your chosen industry? It’s a common issue that acts as motivation for many to become their own boss, so as to maximise their potential and obtain that all-important job satisfaction.

It’s one of the key reasons many people get in touch with The Sir Thomas White Loan Charity to apply for one of our interest-free business loans of up to £20,000.

Hannah Croft was one of many people unable to feel that her job gave her the satisfaction she hoped for or expected. That was until she created her own job.

“I studied Fashion Textile Design with Business Studies at the University of Brighton and graduated in 2008,” Hannah explains. “I did the same as many other thousands of graduates and moved to London, expecting a dream career to fall into my lap…it didn’t quite work out like that.”

Eventually, Hannah did find employment with a well-respected fabric merchant in the industry. 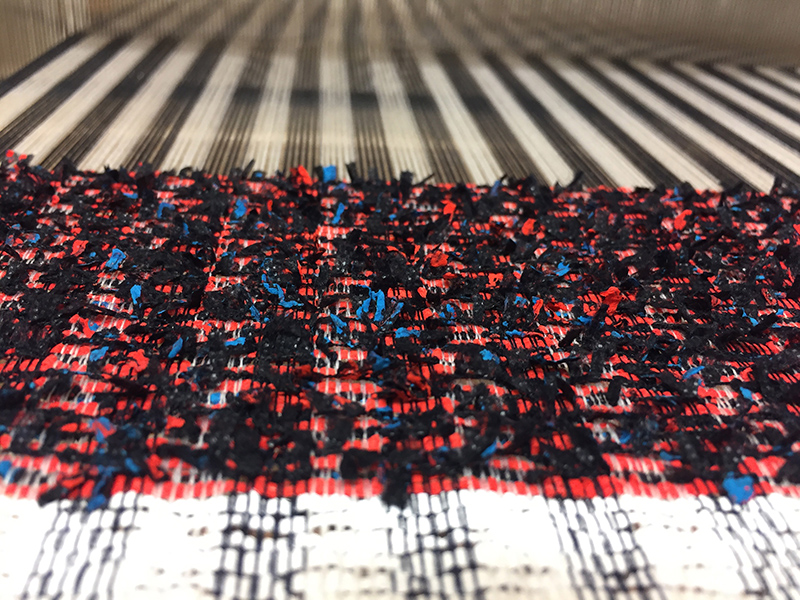 “My job simply did not fulfil me creatively,” she admits. “After a number of years, I decided I wanted a break. I had started taking on some freelance projects for the fashion and film industries before I left London; however, moving back to my family home in Leicestershire proved to be the real crossroads. It became apparent that there wasn’t a full-time role that exists that provides me with the work I want to do creatively.”

As a result, Hannah realised that becoming self-employed was the natural step as she went on to complete a Masters in Textile Design Innovation with distinction at Nottingham Trent University in 2016. The next goal was to establish her own studio, MUUNA.

“MUUNA, in essence, is a textile design studio, but through a multi-disciplinary approach I am keen to push fabric design beyond the traditional, by creating unusual and unique material concepts,” Hannah explains.

“Unlike many design studios, who may have a purely digital design language; hands-on experimentation and research is at the heart of my practice and this allows for a more thorough understanding of the potential of the processes and techniques that my studio adopts.”

MUUNA welcomes client-based projects and commissions that span industries including film, fashion, material innovation, art and education. Whilst Hannah accepts that her venture is ‘still very niche’, the focus is now on building a steady and consistent flow of sustainable clients: “It’s why the terms of The Sir Thomas White Loan Charity’s loan is so invaluable – it has provided me with essential start-up funding that I needed and allows three years before repayments start, thus giving my studio time to grow and build its reputation,” she says.

“I was told about The Sir Thomas White Loan Charity in 2016 at a meeting at LCB Depot, when I was enquiring about studio spaces,” Hannah explains. 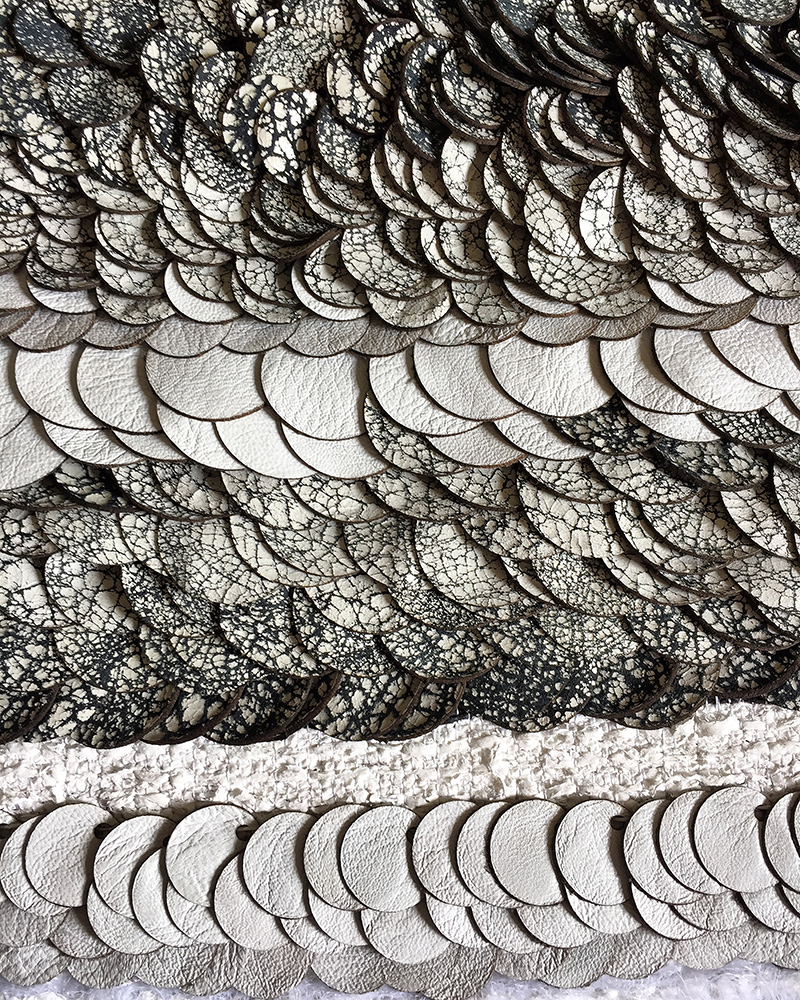 “As I was 31-years-old, I was too old for some funding options. The Sir Thomas White Loan Charity appealed to me as it welcomes applications for small businesses and creative ventures, which are often overlooked for funding by banks.

“All of the Trustees that interviewed me were really supportive and encouraging – and I was informed in December 2016 that my application was successful.”

The Charity’s funding enabled Hannah to purchase an electronic handloom; a key piece of equipment required to enable Hannah to produce the innovative fabric designs that MUUNA has become known for.

“I can program the loom on my computer using specialised software, which speeds up the design process,” Hannah reveals. “Working this way enables me to create a design file, which can be sold along with the physical swatch, allowing my client to reproduce the design on a larger scale in production at mills and factories.”

Since taking out a loan with The Sir Thomas White Loan Charity, MUUNA was selected to attend a special showcase at the New Designers show in London last summer and provided an opportunity to form part of the MoOd (Meet Only Original Designers) convention in Brussels.

“That (MoOd) was my first international trade show,” states Hannah. “Based on my textile collection, I was honoured to be awarded the ‘Blue Drop Award 2017’ for Best Launchpad Business. 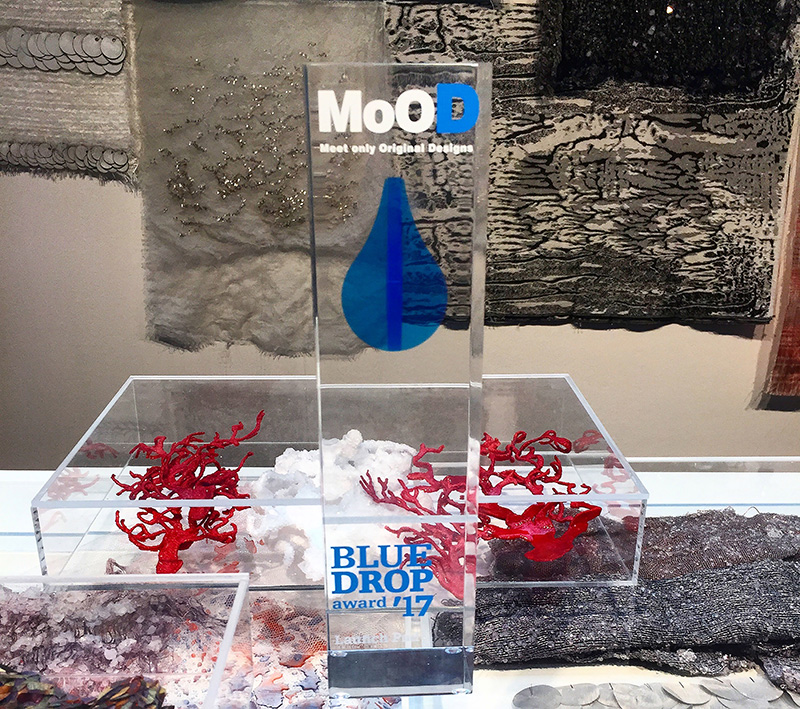 “I am now in full swing, producing concept swatches for the industry,” adds Hannah. “The designs are currently being sold through an agent for international clients. I’m also gaining a reputation as a material futurist, who is passionate about pushing the boundaries of textiles beyond the traditional.”

Highlights for Hannah and MUUNA to date include working on a costume for an upcoming Disney fantasy film, to be released in 2019; producing a textile panel that is currently being exhibited at the Baltic Contemporary Art Centre in Newcastle – and the development of some preliminary fabric samples for couture house Givenchy.

“I’m hoping that as my reputation grows, things will keep getting busier and busier,” says Hannah. “I’m really proud of everything that I have achieved so far, but it’s still early days. This summer, I have the opportunity to expand my studio at the Makers’ Yard in Leicester city centre, which will allow room for some more equipment, which is really exciting.

“I would advise anyone who is considering in applying to The Sir Thomas White Loan Charity to do so,” Hannah enthuses. “I wouldn’t ordinarily be the kind of person that would take out a loan – but the terms are so amazing. I could only see benefit in applying.”