A beauty salon that benefited from a Sir Thomas White Loan Charity business loan has been named East Midlands Beauty Salon of the Year, in a prestigious series of awards which recognise the beauty industry within Great Britain.

Sophie Élise Beauty Boutique, located in Melton Mowbray, beat three other finalists to the title. In addition, Sophie Élise was named runner-up in the Salon Retailer of the Year category; a national accolade. 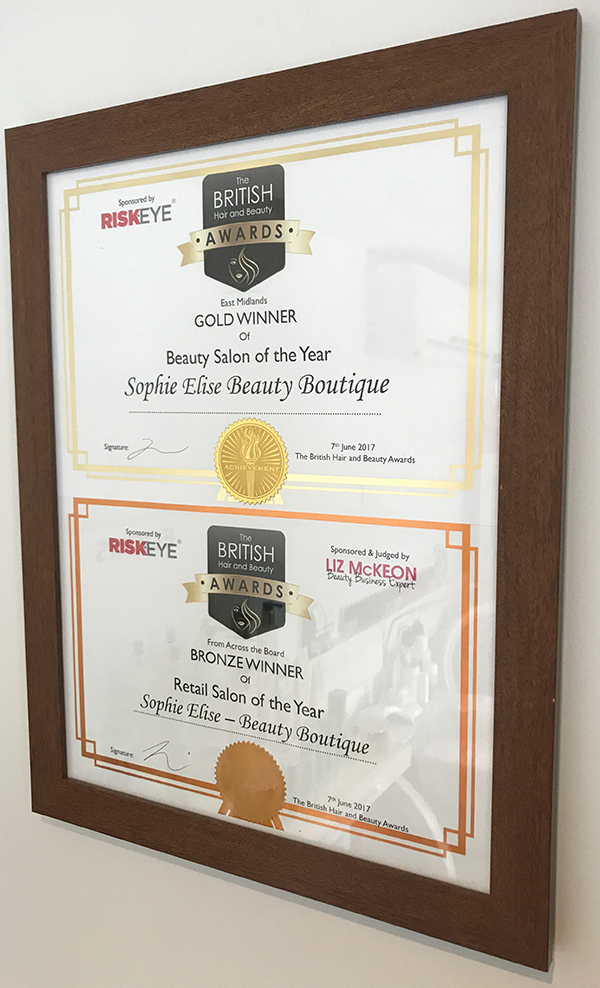 The British Hair and Beauty Awards were established in 2014 and owned by marketing agency Think Expose. The awards are among the most prestigious online awards for the hair, beauty, nails and spa industry, recognising those who make a real difference and encouraging their development and hard work throughout the year.

Sophie Élise was established in October 2013 by salon owner and Sir Thomas White Loan Charity borrower Sophie Hewitt. Beginning as a beauty therapist part time before quickly taking a full-time position at an independent salon, Sophie later took her talents on the sea, working for Steiner Transocean on board the Pacific Jewel Cruise Liner as a bridal makeup artist and detoxification specialist, before returning to land and working in Melton Mowbray and the East Midlands region.

Sophie Élise Beauty Boutique has won great acclaim since opening just over four years ago. In 2015, with the help of the loan acquired from The Sir Thomas White Loan Charity, Sophie expanded her business by transforming the two floors above the salon into a day spa. Providing a range of treatments and a variety of leading products, Sophie’s business goes from strength to strength – with the latest brace of accolades testament to the success the salon has enjoyed.

On behalf of everybody at The Sir Thomas White Loan Charity, congratulations to Sophie and the team at Sophie Élise.