Experience of an industry can allow an individual to develop a deep understanding of their sector – with that knowledge potentially representing a vital tool when embarking into business.

Take the example of Kieran Lake, who after being involved in the security industry nationally for over 12 years, made the snap decision whilst on holiday to put his wide range of skills to better use and set up his own security company, Octagon Facilities Management.

There, he was determined to employ his depth of knowledge to forge a real name for himself and his business.

He said: “I was frustrated of delivering operational excellence for other businesses who were reaping the rewards of high profit margins for something that I could do myself. Obviously I’ve spent a lot of time in the industry. I know where my competitors fall down – it’s the basic things they fall down on. 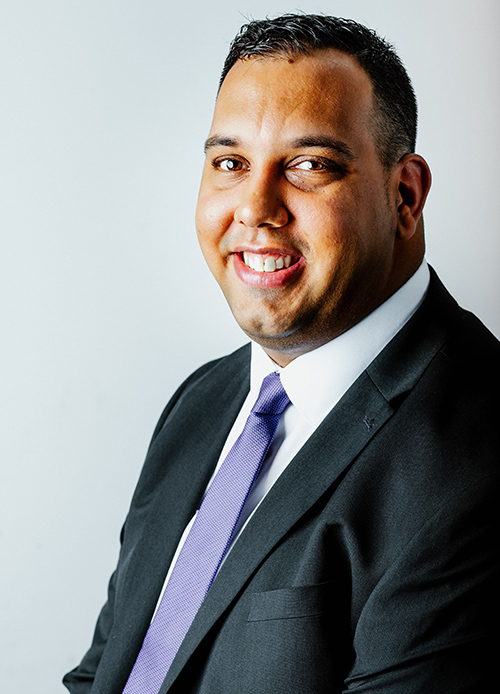 “Things like not having contingency plans for unexpected events like sickness and absence, not providing uniform, not having employees that can communicate both verbally and written well in the English language and not continuously developing their product – their people. It’s easy to stand out in this industry.”

With a solid idea for a business and a deep drive to succeed, Kieran needed funds to get going and he found out about Sir Thomas White Loan Charity through The Prince’s Trust.

Applying for an interest-free business loan of £20,000, he was eventually invited for an interview – a process that he thought was an exciting challenge and straight forward in its approach.

“It [the application process] was painless,” Kieran continued. “It was really good. The business plan aspect, I had a lot of the information already. It allowed me to move quite quickly with that.

“I went away, did some work on my business plan and submitted that, made sure I could get the guarantor before proceeding. Then, I went to the interview stage and was then asked a series of questions. I felt really relaxed.

“It was a seamless process. I actually really enjoyed it. A lot of preparation went into it but I felt comfortable.”

Ultimately, Octagon got accepted for their loan and quickly put the funds to use. Having purchased two alarm response and key-holding vehicles, as well as gaining two prestigious industry-standard accreditations, namely ISO 9001 (Quality Management Systems) and Security Industry Authority Approved Contractor Scheme, the loan has acted as a catalyst for the success of the business.

Kieran said: “It’s moved us on miles ahead of where we would be. We wouldn’t be struggling right now but we would certainly be in a position where these things wouldn’t happen for years to come.”

The support has also given Kieran a sharp focus of what he wants to achieve with Octagon in both the short and long-term, and considering their fantastic recent growth, it looks quite plausible that they could achieve all of those targets.

“We want to possibly become one of the highly-recommended security companies in the Midlands. We’ve managed to get some really well thought of accreditations. We are going to continue to deliver operational excellence and then eventually move into other sectors. That’s the long-term plan. In regards to short-term, it is to really continue to grow within the Midlands.”

It’s clear then that both Kieran and Octagon are thriving, very much endorsing his decision to go at it alone. He now wants other potential entrepreneurs to take that leap of faith and consider Sir Thomas White Loan Charity as a source of support.

He said: “I just feel that STWLC is a fantastic opportunity. There’s a lot of people out there with fantastic ideas but haven’t managed their personal finances correctly and it deters them from starting a business because they believe they may have the same issues. It doesn’t mean they can’t be a success in business and that’s a big plus of STWLC. It’s amazing the support that’s out there.

“I’ve recommended them to a number of people already. I’d definitely recommend them verbally to anyone.”

To find out more about Octagon Facilities Management and the services that they offer, please visit www.octagonfm.co.uk