Hazel Stuart’s passion for writing began at an early age.

‘The Groggilies’ – small creatures invented for a school magazine story – took on a life of their own at Hazel’s primary school, with hand-made knitted character figures becoming hugely popular and selling out at the school sale.

Adventures of ‘The Groggilies’ would end shortly afterwards and all proceeds were donated to charity, but from this point onwards Hazel knew something that would prove invaluable to her later in life; her stories could spark a craze.

Born in Scotland and now a resident of Leicestershire, Hazel went to London after leaving school to study English at Goldsmiths and Greenwich Universities. After completing her Masters, she then studied for a PGCE (Postgraduate Certificate in Education) and that led to a career in teaching. 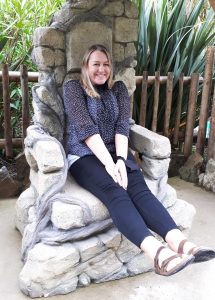 “By this time, I had a family to support and I soon extended this family by becoming a foster carer too,” Hazel explained.

“Then came a very busy period of my life. The dream of writing fiction was quietly put away in a box marked ‘hobbies’. I worked my way up to become a headteacher and the co-owner of an Alternative Learning Provision for excluded young people. I had two children of my own by now and invariably had one or two extra to care for in my role as a foster carer.

“In 2019, everything changed when my ex-husband became ill with terminal cancer. As he was still very much a part of our lives, our youngest daughter in particular (just ten) was going to need a lot of emotional support. I put all teaching on hold and got the ‘hobbies’ box back out to give me something positive to focus on.”

It was at this point in time when Hazel first discovered The Sir Thomas White Loan Charity. Hesitant at first, thinking that her books were an artistic pursuit rather than a business venture, Hazel considered the Charity’s loans for a second time and decided to begin the application process, realising that the published books would be products for sale and the opportunity to launch a business was there.

“As I was going through the process of getting my first book together, I realised it was going to be quite expensive as I had chosen to self-publish with an independent publisher and, although my eldest daughter was doing the illustrations, she was an adult and deserved reasonable renumeration,” Hazel said.

“I came across an article about The Sir Thomas White Loan Charity. I had written business plans before but not with as much financial detail as was required on this application form.

“Publishing is a very subjective business. I knew that much. However, I had seen quite a few children’s authors make good sales at schools so I built a plan starting with that. I had managed to order a preview copy of my first book, ‘Where the Cat Led’, from the publishers, which arrived just in time for the interview. It looked great and I felt better having something tangible to show the panel that day.”

By the time the funds were provided by The Sir Thomas White Loan Charity in March 2020, Hazel’s business was already underway and the first book had been published three weeks before. Despite that, with money already spent on developing her first product through school visits and appearances at festivals, libraries and bookshops, Hazel was reassured by the Charity’s Trustees that this outlay would all count to her forecasts. Transport and accommodation costs for upcoming appearances were also putting the funding to use, but then – as it did for many industries around the globe – the COVID-19 pandemic turned the publishing world on its head.

“As it happened, within days of receiving the funds, all but two of my appearances were cancelled because of the onset of the pandemic,” Hazel reflected.

“Another big blow for me was that the theme park that I had used as the setting for ‘Where The Cat Led’ was forced to close for the year, and so all predicted sales through their gift shop had to be forgotten.

“At this point, like many other authors, I realised that, despite the wonderful surprise that Waterstones and WHSmith had decided to stock it, my newly published book was likely to be a flop.

“I had a sequel to this book that I had already written. Thinking a sequel would help sell the first, I commissioned the illustrations for that and decided to work on a timeline of publishing that would see it launched in the spring/summer of 2021, when the theme park reopened. Looking ahead, it was clear that this would account for virtually all of the money I had borrowed from The Sir Thomas White Loan Charity, but it was that or do nothing.

“I did a lot of creative things at this point in order to try to publicise the first book and build a fan base interested in the second. I arranged lockdown competitions online, targeted free copies to people and organisations that could give the books some exposure, and I tried various social media marketing strategies. On the whole, these were cost-free moves, but postage, free copies and a replacement phone all utilised the funds lent to me by The Sir Thomas White Loan Charity.” 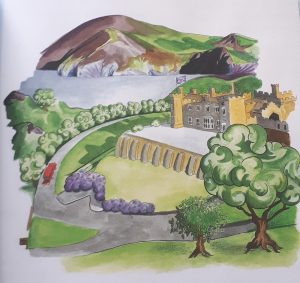 Despite all of these unexpected challenges, thanks to hard work, perseverance and financial support from The Sir Thomas White Loan Charity, Hazel now has two picture books published (‘Where The Cat Led’ and ‘Down Smugglers’ Dungeon’), in addition to an academic paper.

“My two picture books are of magical encounters set in a real place,” Hazel added.

“Watermouth Castle and Family Theme Park in Devon is a place our family know very well, so I tried my best to ground the story there with meticulous accuracy so that the magic might seem real to the most sceptical of young readers.

“In the first book, our protagonist meets a real live gnome and, in the second, her cousin has his future told by a strange old machine, and an adventure down in the ‘Smugglers’ Dungeon’ sees it come true. I have written a third book to continue the series, but it is on hold for now.

“I also published an academic paper as a book. That came about almost by accident, but it has helped me to open up my thinking to look at broadening the scope of what I write.

Reflecting on the friendships, learning and personal progress all developed throughout her writing journey, Hazel added: “It is amazing to think I have touched young lives in such a magical and positive way.

“The children’s books went on to win me ‘The Jean Chapman Award for Children’s Writing’ two years running and that was just lovely. My eldest daughter, the illustrator, had her work noticed through these books and it has led her onto an apprenticeship, thus securing her a future as a full-time artist. Similarly, it helped my youngest to focus on the magic and fun she experienced on our holidays, so that she could cope with her father’s death. Thus, the venture has brought great healing to other areas of my life.

“Things are going in the right direction at last for me, but very slowly. Just as in the original interview, I still feel that the future is full of uncertainties and the publishing world is so subjective that anything may happen – good or bad – but I am getting ready to embark on the next literary adventure and see where it takes me.

“Looking back, The Sir Thomas White Loan Charity helped me realise my dream of becoming a published children’s author. There’s no excuse not to follow your dreams if you qualify for their help. I recommend them all the time!”